Datto Recaptures Over 500 Hours Worth of No-show Meetings Worldwide 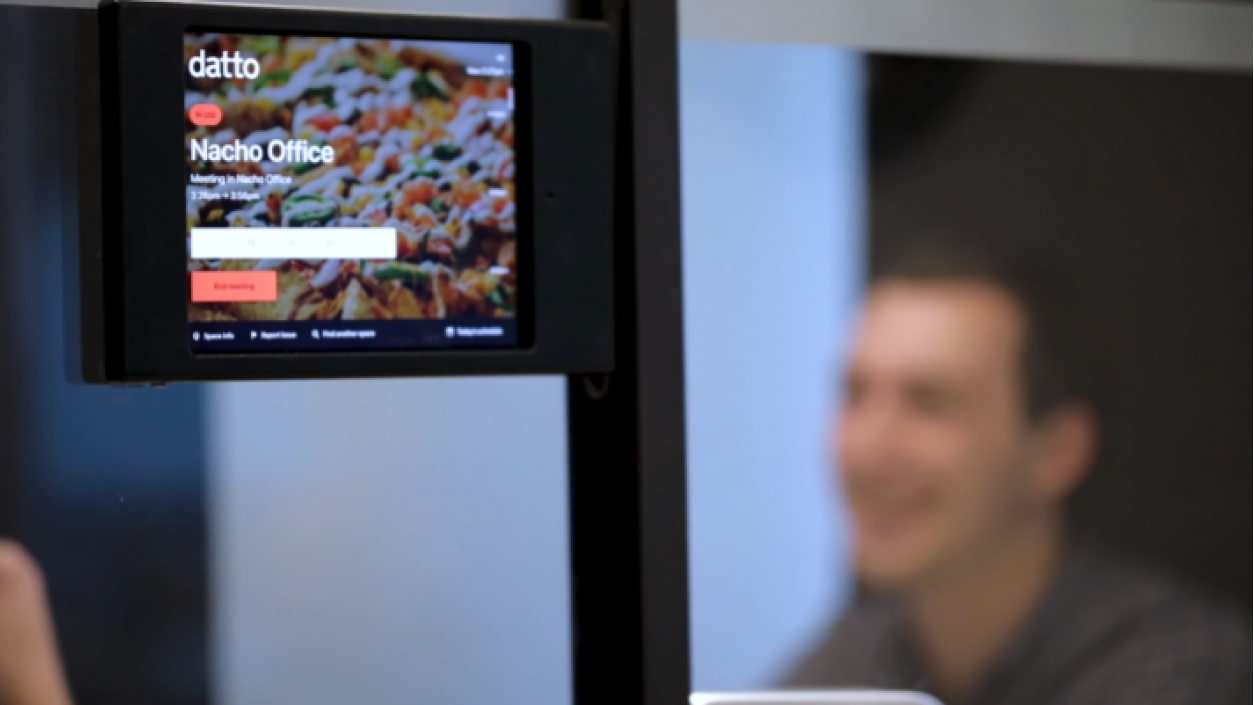 Datto, an IT services provider empowers small and medium-sized businesses through global managed service providers (MSPs). In other words, they’re a disaster recovery company with 22 offices in nine countries just shy of 1700 employees.

Johnathon Broekhuizen, Senior Operations Technician in Datto’s Boston office, is one of just a few operations people overseeing all 1700 employees and 130+ conference rooms across the globe.

“Some of the challenges in managing so many spaces globally is that our team that manages them all is relatively small considering how large our company is. We have different countries, different languages, and all sorts of different types of spaces. That's the kind of magnitude we're dealing with.”

One of the biggest issues they faced before bringing on a conference room scheduling solution was the lack of visibility into the office schedule. Instead of checking the company calendar or finding a different space to meet, people would stand outside of conference rooms and knock on glass to silently ask, "Are you guys using this space? Can we use it?" Johnathon and his team found it hard to set general expectations for whether or not spaces were available solely using the company calendar and as a result, people were left circling the office trying to find any available space.

The result: lots of confusion, disruption, and aggravation. All of which prevented Datto employees from getting their best work done.

Not only were employees struggling to find a space to collaborate, but Johnathon and the rest of the operations team had a lack of visibility into how spaces were being used, what resources were valued most, and what areas of the office went untouched. With consistent growth, understanding space usage was a necessary hurdle the team was looking to get over.

“Our space booking solution before Robin was utter chaos. We really just had calendars. We didn't have anything that was visual or provided any sort of extra context for our conference rooms.”

When Johnathon started his research into top space scheduling solutions, he discovered Robin. His team was looking for a product with an intuitive UI, one that provided context into the office schedule in one central home, accessible to everyone. He wanted people to feel empowered to easily schedule meetings in the spaces that best suit their needs and feel comfortable booking on-demand meetings knowing they weren’t stealing a space from their coworkers.

Visibility into the office schedule

With Robin, Johnathon’s team can give everyone a central place to see what spaces are available and when, eliminating the chore of roaming the office until finding an open space. No more knocking on conference room windows or squatting outside of rooms until they opened up. Using room displays that show from afar when a room is booked (red screen), one is about to start (yellow screen), or a space is free to use (green screen), employees are quick to understand the best place to meet on-demand. It’s point and click, says Johnathon. Booking a Robin-powered space is simple for Datto employees using the Google Calendar plugin.

After seeing the positive impact of room displays on more traditional conference rooms, the team decided to set them up on two and four-person pods. Once available on a first-come, first-serve basis, Johnathon noticed people would squat in those spaces as if they were private offices. To avoid this type of meeting behavior, they added room displays that only allow on-demand booking (no scheduled events) for a limited amount of time.

On the operations side, Johnathon needed a tool that surfaced the performance of each space in order to inform future office build-out, especially as the company expanded floors and locations so rapidly.

When they originally set up the Boston location, Datto planned for a much smaller population. In reality, the company was so successful that it grew at a much faster rate than expected. Without Robin to help manage the space, overseeing a group of people in a space too small would have been extremely tough. Instead, Robin enabled the team to grow in their smaller space.

With workplace data and analytics that surface space usage data like utilization, event fit, and recaptured time, the operations team can see, with high accuracy, how exactly spaces are used.

Johnathon can compare utilization across similar or completely different types of spaces to see what amenities need to be matched in order to raise utilization. One change that’s made a huge difference is pulling in video conferencing software into spaces that once lacked it. They also have the ability to look at the types of calendar invites that are booked in certain spaces to understand how their employees are working and whether or not current day conference rooms support the types of activities happening most frequently.

After looking at Robin’s recaptured time, the total time released when nobody checks into the event in their reserved space using room displays, Johnathon found that over one month across all 22 offices, Datto recaptured over 500 hours back. That’s 500 hours that spaces would have sat dormant but instead are freed up for the rest of the company to use.

50% of employees claim their workplace doesn’t enable them to work productively. Losses in productivity and engagement can cost a company approximately 34% of an employee’s annual salary. At a 250-person company, that means losses of over $3 million per year. You can imagine at a company with about 1700 employees like Datto, that number is much higher. The ability to recapture time in every meeting space saves the company from major losses to the bottom line and allows employees to stay productive and engaged.

“When we were initially looking at Robin, we looked at other options to compare to and none of them offered the full set of features that we were looking for. We always had to give up something, whether it was branding, which we've got pretty strong branding here at Datto, or it was some sort of functionality. Robin was the first one that was kind of the whole package.”

While it wasn’t what initially drove Johnathon to search for a solution, Robin’s brand customization quickly became a fan favorite across every office and conference room where a room display lived, especially in Boston.

Being a disaster recovery company, every conference room is named after a natural or human-caused disaster, specific to the region each office is in. Datto’s able to carry those names through to the Robin iPads, as well as change backgrounds and colors. Each office gets to pick the names of their spaces by holding contests that everyone’s invited to be a part of. Some of those disasters you’d see in their Boston office include Buckner, Molasses Flood, Big Dig, and - wait for it - MBTA.

“We didn't really have to think very much about it. It offered a great solution that was easy to manage and was able to reflect our brand throughout the entire company. Robin has enabled our small operations team to manage a whole bunch of spaces across the globe.”

As Datto continues to expand, they look to Robin to help as they build out new spaces. According to the team, it's a given that each conference room will be set up with a Robin room display from day one.

“I know that when we grow to new offices, we’ll be able to see what our utilization is in our current spaces and carry those best practices to future renovations. So when we set up Robin day one in an office, I know that I can go and get the data and see how that office is being used and make adjustments accordingly.”