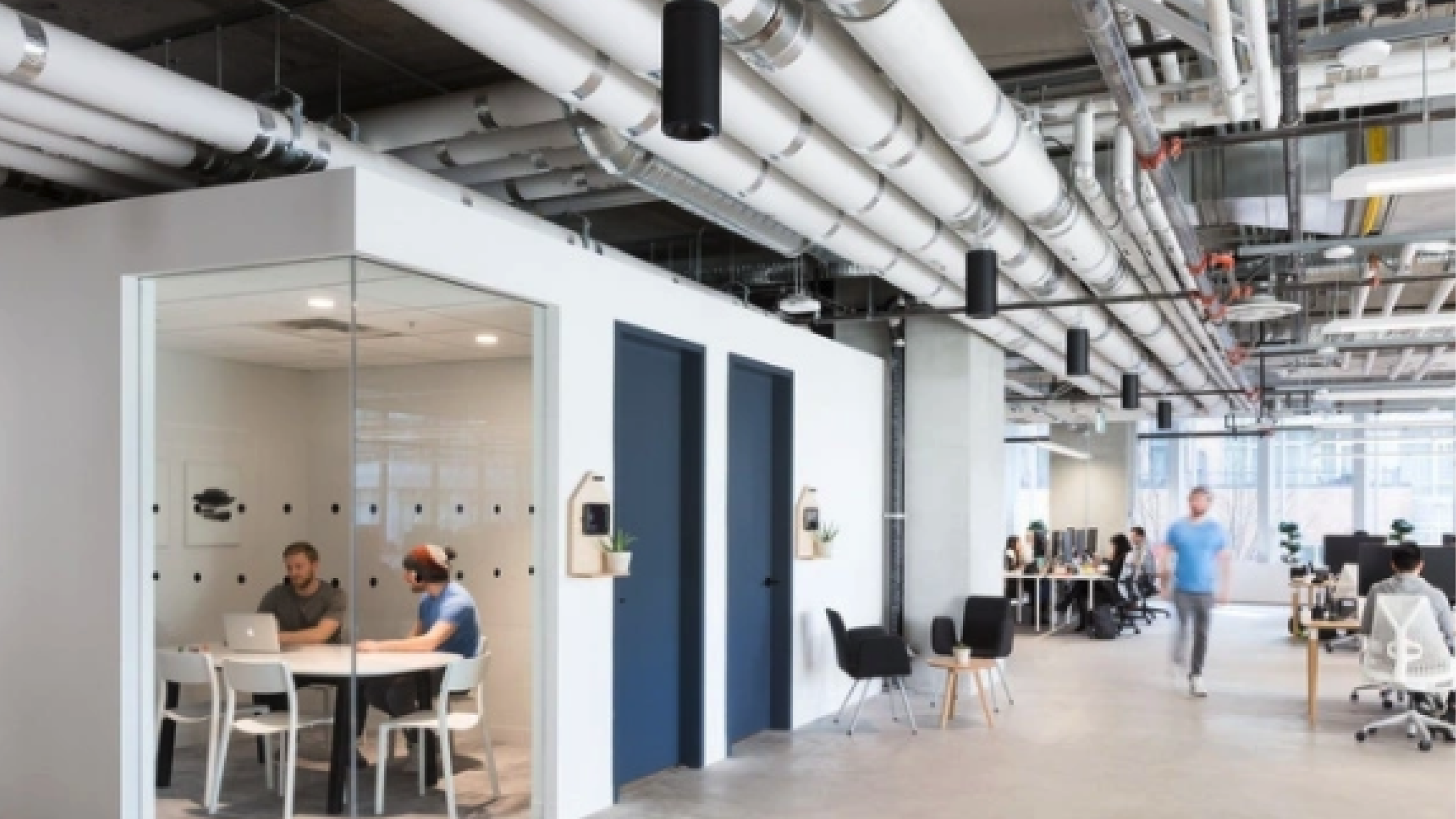 Bench has been helping small businesses leverage technology to improve accounting tasks since 2012, where they've paved the way for how finance and software can coexist. But as Bench made an effort to optimize its office and the meetings happening inside, it realized there were a few ways it could be improved.

There were two glaring pain points impacting the office experience for everyone:

First, we often had rooms being taken up by meetings that didn't actually happen. As diligent as we were with cancelling things, rooms would still be booked for events nobody showed up to. Second, it was really difficult to find space for an impromptu meeting – you'd end up deep into a calendar app just to find a place for a quick conversation. - Evan Birch, Finance and IT Manager

Bench chose Robin to help solve those problems, and help them better manage meetings and their office space as a whole.

We valued that Robin wasn't just aiming at Facilities or IT people; they had the users in mind. Using the rooms displays is intuitive, and the Apps and Integrations have been great at reducing the friction of a new service.

As Bench used Robin and added it to more spaces in the office, the team discovered ways of using Robin that they didn’t initially plan on.

“I was most surprised by how we were able to take the data on space use and leverage it to make our schedules more efficient. With the analytics and no show cancellations, we were quickly able to find recurring events that people weren't showing up to and have discussions with event organizers to make those meetings ad hoc instead, or to remove the space they weren't using.”

As Bench continues to grow its team, Robin will be key to expanding to a new space that will manage many more floors and rooms.

“When you're talking multiple floors and many types of meeting spaces, it becomes a project in of itself to make sure things stay organized and useful,” said Birch. “Robin will let us quickly mobilize new spaces in the system, get room displays up and running and have everyone using the space to its potential on day one.”