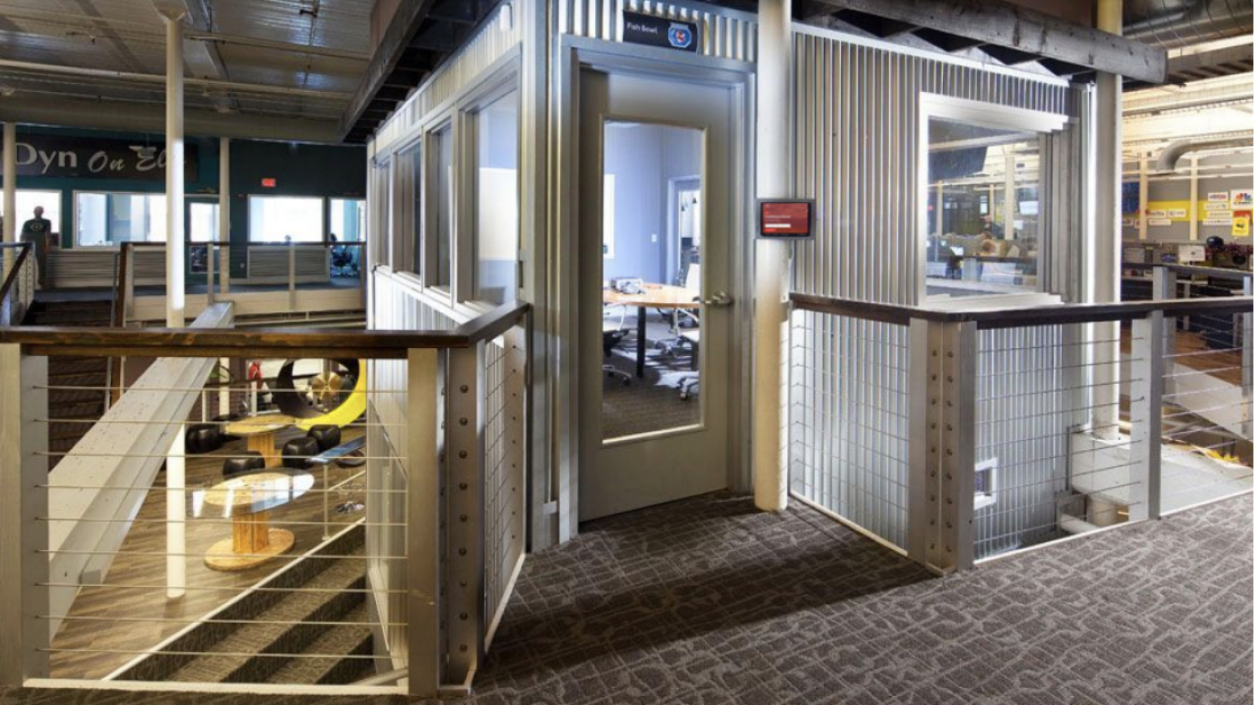 As self-proclaimed technology pioneers, Dyn takes a lot of pride in how their own employees interact with tech in the office. After all, they are one of the largest companies in New England and help technically prop up the web infrastructure of big names like Etsy, Zillow, and Zappos.

But Dyn faced a few challenges in their office when they were growing quickly and productivity took a hit. Booked rooms had no one inside and employees were scrambling to find space day-to-day.

We frequently had rooms booked for meetings and folks not showing up for those meetings. This led to empty rooms that could have been used for other meetings, especially impromptu meetings, as those happen quite often. We also wanted to make the check-in process easy. - Dave Lemaire, Sr. Director of Technology Operations Solutions Engineer

Cleaning up empty meeting rooms was only one piece of the Dyn office puzzle. One in three meetings started early and had no way of automatically tracking that so no one else tried to book the same room. It's no wonder the Dyn office experienced traffic jams almost every day.

Since Dyn’s previous room scheduling system didn't clean up ghost meetings, Robin was the clear winner. The combination of Robin's cost, features, and support also made it an easy choice for Dyn. As a fellow tech company, Dyn was psyched on Robin's roadmap and how it matched with where they wanted to go with room scheduling. And now, since using Robin, Dyn's overbooking has gone down and employees know what rooms are actually available.

Our previous provider didn’t have the feature to free a room that wasn’t checked in, so we’ve gained meeting space as a result, which also means we don’t need to waste time building out more meeting spaces. Coupled with their analytics tool, we’re able to see the amount and frequency of rooms not being used or checked into, which has helped us be a more efficient company.

As Dyn continues to grow, it will keep expanding its office and its ability to better understand efficiencies according to Lemaire. “We’re looking forward to enabling beacons, so we can paint a better picture of how our office is being used, and how we can continuously improve as a company — with Robin’s help.”

Dyn’s CTO was tasked with creating a secret retreat in the office, so behind a seemingly dull server room wall there lies a room straight out of a wintry hunting lodge. While the rest of the company's conference rooms run on Robin, this one isn't reservable online.