Return to your office safely with our health checkpoint.
Learn how → 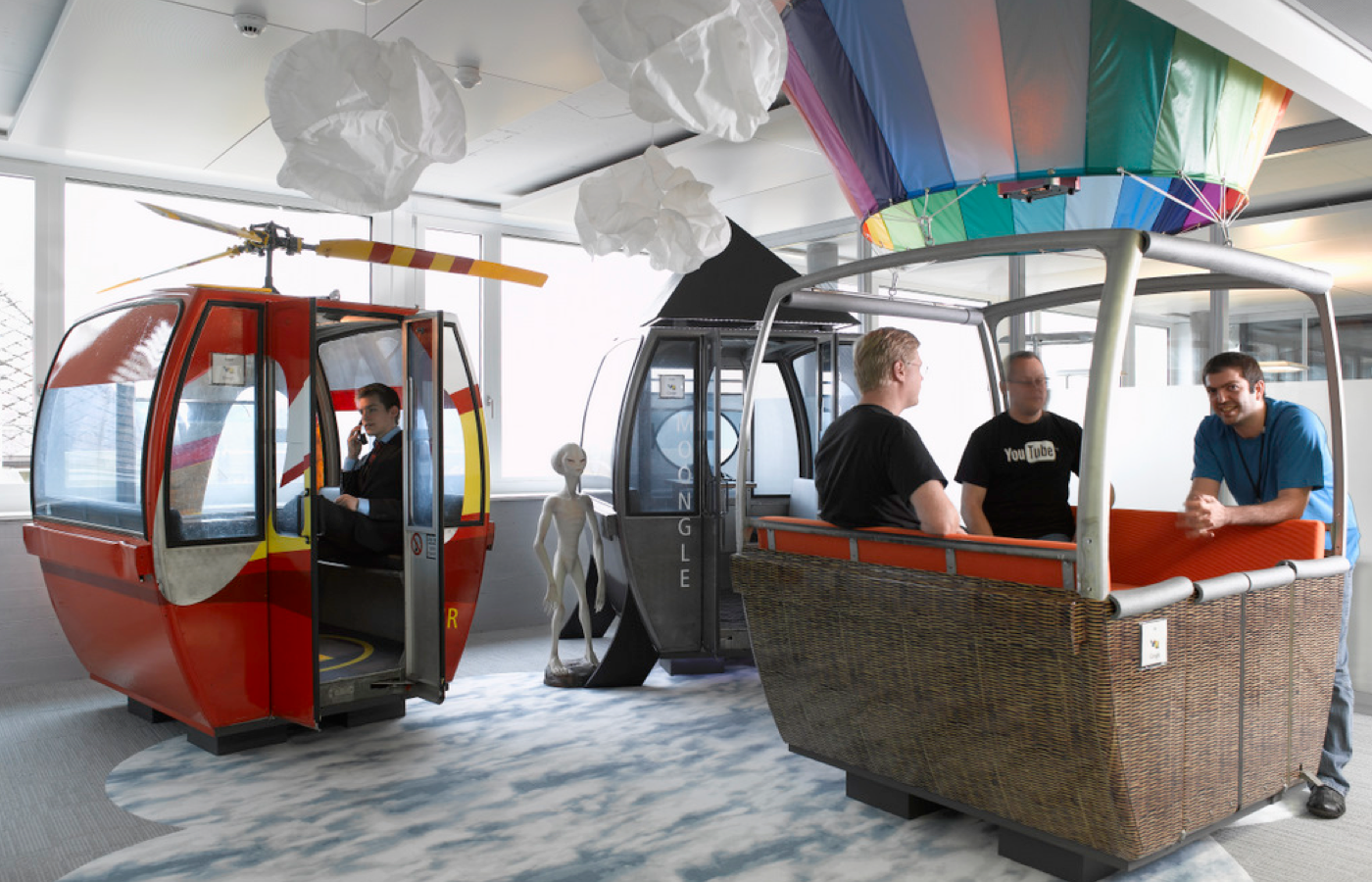 The State of the Office: Pods

Office technology and design are constantly evolving, and this year’s hot new thing could be next year’s fax machine. With that in mind, Robin brings you The State of the Office 2018—a series of in-depth articles detailing how innovations in technology and design are changing various aspects of the workplace, and what everyone from CIOs to office managers needs to know to stay current. Each week, we’ll issue a new report focusing on a different section of the office. This week: pods.[caption id="attachment_5408" align="alignleft" width="770"]

Distracted the work? Escape to a pod like employees at Gizmodo Media do when they need quiet time. Photo via NYTimes.[/caption]The cubicle-farm office of yore has become a punchline. But the open office—the darling of Silicon Valley startups and companies seeking better communication, collaboration, and camaraderie—has its own share of problems. It’s hard to concentrate on a time-sensitive report when an animated coworker is on a client call to your left, three people are heatedly discussing LeBron versus Jordan to your right, and there’s a constant stream of colleagues moving through your line of sight. It takes 23 minutes for the average employee to return to their original task after being interrupted, according to a University of California, Irvine study. In an open office, interruptions and overstimulation are debilitatingly commonplace.Enter the pod: a small, self-contained, soundproofed, modular space designed for privacy and concentration for one or two people. Workers can pop into pods for calls, quick in-person or virtual meetings, or distraction-free sessions of solo productivity.

In other words, pods are the workplace equivalent of a hotel room with a “Do not disturb” sign hanging on the doorknob, and they’re popping up at offices worldwide.

Here are 3 benefits pods can offer your office and employees:

Skyscanner responded to company growth by adding pods to their office layout. Photo via Medium.[/caption]In an “always-on” era of information overload, pods can help employees find their elusive “flow.” Coined by psychologist Mihaly Csikszentmihalyi, flow, also known as being “in the zone,” is an “optimal state of consciousness when you feel and perform your best,” according to Steven Kotler, the author of a book on the science of human performance.

“It’s the moment of total absorption. "Mental and physical ability go through the roof, and the brain takes in more information per second, processing it more deeply.”-Steven Kotler, author of The Rise of Superman: Decoding the Science of Ultimate Human Performance

Yes, that sounds a little new-agey. But it’s widely accepted that employees do their best work when in a flow state, which is contingent on the ability to focus—and which pods are explicitly designed to facilitate.Zenefits has seen “a good reception” to the single-person pods recently set up around its office, said Mike Schultz, an IT support engineer at the HR software provider. Inside each three-by-three pod is a small desk, media ports, and power outlets; outside each one is a meeting room schedule display. Schultz said Zenefits employees have been so productive in pods that the company plans to add more in the near future.The Steelcase Brody WorkLounge is a one-person pod designed for flow. With a privacy screen, an ergonomic chair, a tilting laptop stand, and a footrest, it’s a “high-performance space in a highly efficient footprint” that creates a “shelter from visual distractions.”

2. Space for quick calls or collaboration

Pods make it easy to collaborate without distracting coworkers. Photo via Indesignlive.[/caption]Not all pods are designed for heads-down work. Some act as modern, technology-equipped phone booths or small meeting spaces, meant for in-person or virtual interaction. Travel search engine Skyscanner recently installed pods, including a booth for private calls, in the collaboration area of its Miami office. Employees use the area for—you guessed it—quick brainstorming sessions and follow-up chats. Skyscanner’s systems engineer, Carlos Conrado, said these pods provide employees the right balance of privacy and space.Fitness-subscription service ClassPass installed six meeting pods between its New York and San Francisco offices in an effort to save its larger conference rooms for bigger groups. “We put in these pods from Framery that are kind of just built out into an open space,” said Topher Wheeler, the company’s IT manager. The pods—totally enclosed with a glass door, two individual seats, and a small central table, plus a scheduling platform immediately outside—are “really good at keeping sound out and Wi-Fi in,” he said.Samsung, Lyft, Meetup, and Capital One are just a few of the many companies using eco-friendly Zenbooths in their offices. Each Zenbooth has a motion-activated ventilation system, numerous electrical outlets, and a skylight. (Natural light improves workers’ health and wellness, a Cornell study found.) At the Manhattan headquarters of Gizmodo Media, writers and editors use the office’s five Zenbooths to make calls so frequently that the company recently ordered four more. Sam Johnson, a co-founder of Zenbooth, said that its production has quadrupled since just last year.

Zach Nies, Techstars’ VP of education, said that his company has struggled with “people squatting on conference rooms. We have this massive conference room and frequently there will be just one person in there on the phone… That is definitely a challenge.” The company has numerous TalkBox booths to solve this problem, as does the University of Notre Dame. “Space is premium in a lot of buildings and [the TalkBox] doesn’t take up a lot of space,” said Adam Hill, who works in UND’s office of information technology. TalkBox counts Google, Ipsy, Knotel, and Lockheed Martin among its customers. Two other options are:

For when the office feng shui is off, Pods are easy to setup and move around. Photo via Pinterest.[/caption]Unlike building out a new part of your office, pods are budget-friendly, and setting them up in as little as an hour doesn’t require renovations that would, ironically, create more noise pollution. They’re also more flexible space-wise than conference rooms—even more so with the right technological help. Mapping software, for example, can show you how many pods are in use at any given moment, and IP tracking lets you know exactly how many people are in the office.

Combining all that employee data with the flexibility of pods allows your office to be easily reconfigured based on evolving use patterns.

With quiet spaces at a premium, why use up a larger space like a conference room for one-on-one checks-ins or personal quiet time?If modern connectivity means the entire world and all its information is reachable in an instant, it also means that being protective of our quiet time is more imperative than ever. Designing a successful workplace means providing flexible work areas so employees can work wherever, and however, they feel most productive. Pods are increasingly a key piece of that flexibility. A solution as straightforward and simple as a pod can be exactly your company needs to build a workspace that fosters focus and removes interruptions.

This has been fun, but we're about to get real creative. Up next: Amenities.Check out the other posts of The State of the Office 2018 series:

From traditional to more flexible offices, Robin powers it all.
Request a demo